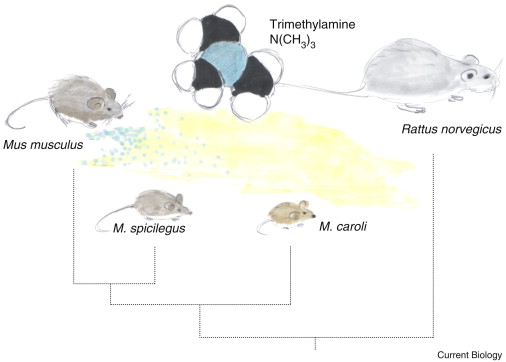 In the early stages of reproductive isolation, genomic regions of reduced recombination are expected to show higher levels of differentiation, either because interspecies gene flow is reduced in these regions or because selection effects at linked sites within species increase in these regions. Here, we study the patterns of DNA sequence variation at 27 autosomal loci among populations of Mus musculus recombinants, M. m. domesticus and M. m. castaneus, three subspecies of house mice with collinear genomes.

We find that some loci exhibit considerable shared variation between subspecies, while others exhibit fixed differences. We used an isolation model with gene flow to estimate divergence times and effective population sizes (N(e)) and to separate ancestral variation from gene flow. Divergence time estimates indicate that the three subspecies diverged from each other in a very short period of time, approximately 350,000 years ago.

In general, N(e) for each subspecies was associated with the degree of genetic differentiation: M. m. musculus had the smallest N(e) and the highest proportion of monophyletic gene pedigrees, while M. m. castaneus had the highest N(e) and the lowest proportion of monophyletic gene pedigrees. m m domesticus and M. m. musculus were more differentiated from each other than from M. m. castaneus, consistent with greater reproductive isolation between M. m. domesticus and M. m. muscle F(ST) was significantly higher at loci experiencing low recombination rates compared to loci experiencing high recombination rates in comparisons between M. m. Castaner and M. m. musculus or M. m. domesticus. These results provide evidence that genomic regions with less recombination show greater differentiation, even in the absence of chromosomal rearrangements.

For site-specific Nɛ-acetyl-lysine (AcK) incorporation, we selected an engineered Nɛ-acetyl-lysyl-tRNA synthetase (AcKRS)/tRNAPyl pair. For ubiquitous expression of AcKRS, the CMV promoter in pCDNA3 was replaced with the constitutive human EF1α promoter. Then, the gene encoding HA-tagged AcKRS at the N-terminus was cloned between KpnI and NotI, generating plasmid packs. To construct the tRNAPyl expression cassette, the gene encoding tRNAPyl and the RNA polymerase III U6 promoter (Bioneer) was synthesized and the CMV immediate early region enhancer was cloned from the pCDNA5 frt/TO vector ( Invitrogen). 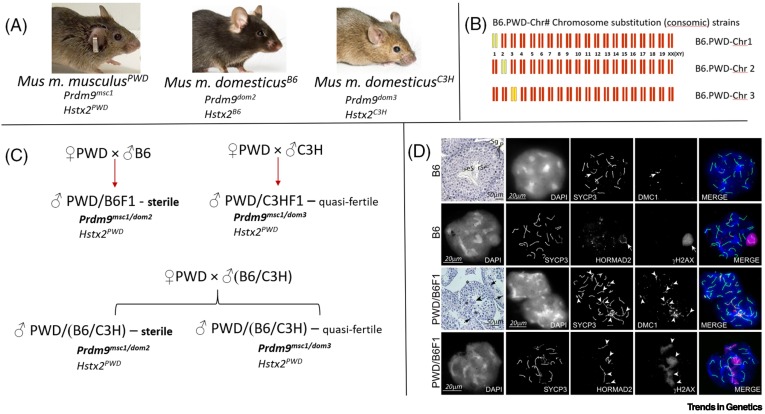 The DNA fragment containing tRNAPyl under the control of the U6 promoter and enhancer was amplified by PCR and cloned into plasmid pAcKRS using BamHI and AscI, generating plasmid pAcKRS-tRNA. For ubiquitous expression of a GFPuv model protein, the gene encoding the C-terminal FLAG-tagged GFPuv gene bearing the amber stop codon at position 39 was cloned in place of the AcKRS gene into pAcKRS-tRNA, generating a plasmid pGFPamber-tRNA.

Cells were harvested after 40 h of incubation. NIH3T3 cells (ATCC) were seeded in a 100 mm dish and cultured in DMEM supplemented with 10% FBS for 24 h. At ~50% confluency, cells were transfected with 40 µg of packers-tRNA and pGFPamber-tRNA plasmids using Lipofectamine 2000. After overnight incubation, the medium was replaced with fresh DMEM containing 10% FBS and 10  mM UAA. Cells were harvested 48 h after transfection.

We created two separate transgenic mouse strains, the AcKRS mouse expressing AcKRS and tRNAPyl, and the GFPamber mouse expressing GFPuv with the amber stop codon at position 39 and tRNAPyl. For this, the packers-tRNA and pGFPamber-tRNA plasmids were linearized with the restriction enzymes ApaLI and PvuII and then microinjected into fertilized mouse ovules of a C57BL/6J23 mouse strain.

For Southern blot analysis, genomic DNA from a double transgenic mouse was isolated by the phenol/chloroform extraction method, digested with restriction enzymes BamHI and SphI, and separated on an agarose gel. Chromosomal integrated AcKRS and GFPamber transgenes were detected with isotope-labelled cDNA probes after transfer to a positively charged nylon membrane.

All transgenic mice were generated at the Yonsei University Laboratory Animal Research Center. All animal experiments were performed in accordance with the Korea Food and Drug Administration guidelines. Protocols were received and approved by the Yonsei University Institutional Animal Care and Use Committee (YLARC 2012-0087). All mice were maintained in the Yonsei Laboratory Animal Research Center’s specific pathogen-free facility.

The results strongly support a topology with M. m. domesticus as sister to M. m. Castaner and M. m. muscle, In addition, we found evidence of gene flow between all subspecies pairs, but that gene flow is more restricted from M. m. musculus in M. m. domesticus. Estimates of other key parameters depend on assumptions about generation time and mutation rate in house mice. However, our results support previous findings that the effective population size, Ne, of M. m. castaneus is larger than that of the other two subspecies, that all three subspecies began to diverge ~ 130 – 420KYA, and that the time between divergence events was short.

Joint demographic and phylogenetic analyzes of the genomic data provide a clearer picture of the history of divergence in house mice.