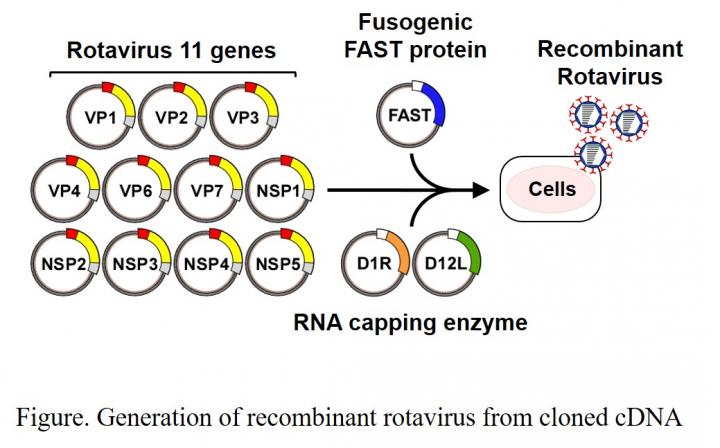 Thanks to their strong immunostimulatory properties and safety for humans, plant viruses represent a suitable basis for the design of new vaccines. The Alternanthera mosaic virus coat protein can form virus-like particles that are stable under physiological conditions and have adjuvant properties. This work presents a recombinant rotavirus A antigen based on the rotavirus VP6 structural protein epitope, using the Alternanthera mosaic virus coat protein as a carrier.

An expression vector containing the coat protein gene of Alternanthera mosaic virus (MU strain) fused to the rotavirus VP6 protein epitope was designed. Western blot analysis showed that the chimeric protein was effectively recognized by commercial rotavirus polyclonal antibodies and is, therefore, a suitable candidate for prototype vaccine development. Interaction of the chimeric recombinant protein with the native Alternanthera mosaic virus coat protein and its RNA resulted in the formation of ribonucleoprotein complexes that were recognized by anti-rotavirus antibodies. 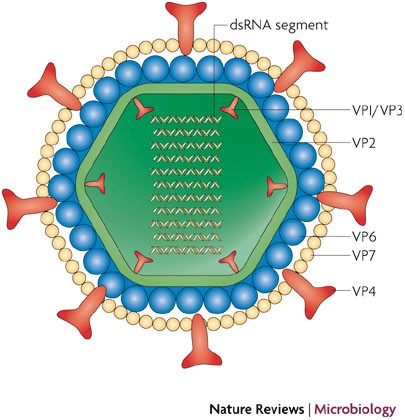 The plasmid obtained was used to transform E. coli cells of the SG[pREP4] strain. After inducing expression, the recombinant protein was purified by affinity chromatography on Ni-NTA agarose (Qiagen, Germany) with 6 M guanidine chloride and 8 M urea as described in a manual. The preparation was dialyzed against Milli-Q deionized water (Merck Millipore, United States) exchanged every hour for 4 h.

Immunoblot. Proteins were separated by SDS-PAGE on an 8-20% gradient gel and transferred to a Hybond-P polyvinylidene fluoride membrane (Amersham, USA) using a Pierce Power Blotter electrical transfer system (Thermo Scientific). . Ribonucleoprotein (RNP) complexes were analyzed by electrophoresis on a 1% agarose gel and transferred to Hybond-P membranes by wet blotting in a desiccator overnight at room temperature.

In both cases, the membranes were then treated with primary goat polyclonal antibodies against rotavirus A (ab31435, Abcam, Great Britain) at a dilution of 1:1500 and then secondary antibodies against goat IgG conjugated with horseradish peroxidase ( Promega, United States) in a 1:10,000 dilution. Membranes were treated with ECL substrate (Amersham) and chemiluminescence signals were recorded using the ChemiDoc XRS+ system (Bio-Rad, United States).

Incubation of RNA with proteins. RNA was incubated with proteins at a mass ratio of 1:7 or 1:14 in 20 µl of 0.01 M citrate buffer (pH 4.0) optimal for polymerization of AltMV CP for 20 min at room temperature.